Why Don’t We Care About Poker Anymore?

Why Don’t We Care About Poker Anymore? 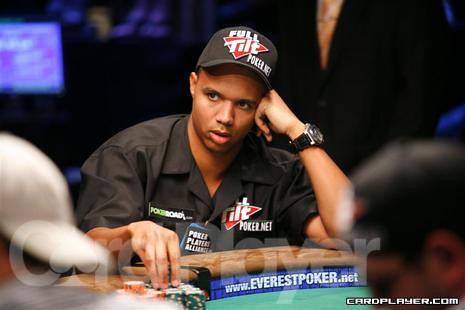 Spend a little bit of time searching for news and reports about the state of professional poker, and you’ll see mixed results. Over the course of the last decade or so, there has been talk of declining interest or shifting TV viewership – often followed fairly quickly by reports of rebounds. All in all, by the numbers, poker seems to do well enough to sustain itself as, for lack of a better term, a spectator sport. But let us ask you this: For those of you who aren’t dedicated, everyday poker fans, were you even aware that someone won a $10 million WSOP prize last month?

Once, some 15 years ago, this would have been fairly major news on the national entertainment and sports front. The event would have been shown on major ESPN channels in relatively prime time slots; the headlines would have been more visible; casual observers may well have known the winner’s name (whereas a simple Google Trends search indicate that there was virtually no interest in or knowledge of recent winner Hossein Ensan before or after his win).

Though it’s not a scientific analysis, it simply seems fair to say that outside of those dedicated everyday fans, poker isn’t resonating the way it did early in the 21st century, during the so-called “poker boom.” Back then, the WSOP was, for a brief time anyway, must-see TV. Everyone knew the story of aptly-named amateur-turned-millionaire Chris Moneymaker, and everyone seemed to get interested in Texas Hold’em in the blink of an eye. It’s just not like that anymore though, and we thought we’d look into why….

When poker got popular and the WSOP became a major TV event, it was only natural that we came to know a certain cast of characters at the center of the game. We mentioned Chris Moneymaker, who essentially became the symbol of the very idea of an amateur making it big in the game. Daniel Negreanu and Phil Ivey became borderline household names as well, earning celebrity status simply through their talent (and in Negreanu’s case, through a line of poker computer games). Phil Hellmuth earned attention through his personality at the tables, and Chris “Jesus” Ferguson gained popularity through his appearance (and both were excellent players as well). Once this first class of televised poker stars faded from the spotlight though, there just weren’t equally engaging players to take their place.

When the poker boom happened, it was as if Las Vegas casinos came into our homes for the first time. Watching high-stakes poker was thrilling, and to be sure it led many people to seek out places to play the games online. In the time since though, casino gaming has evolved spectacularly, such that some of those early poker converts have undoubtedly found other ways to enjoy themselves. Plenty of other table and card games are available digitally at this stage, and at several prominent gambling sites the slot games are available for free, meaning people can enjoy the experience without having to invest in it if they don’t want to. Putting it more simply, poker is no longer the only game on people’s radar when it comes to the thrill of casino activity, which has probably played at least a small role win waning interest.

Some have actually credited the late-‘90s hit Rounders with helping to launch the poker era, given that Moneymaker is known to have been inspired by the movie. And even if you don’t subscribe to that indirect logic, it was still a very fun movie that got a lot of people interested in poker. Then there was Ocean’s 11, in 2001, which barely involved poker but still made the whole casino atmosphere seem cool as could be. And then, in 2006, there was Casino Royale, which basically turned James Bond into a poker pro. Since then though, poker films have largely missed, which may well have played a role in the game’s relative decline. Mississippi Grind was fine, but didn’t earn a wide release; Molly’s Game was great, but was more biopic than poker flick. And we’re betting you haven’t even heard of Win It All – a fairly major Netflix project described as Drinking Buddies meets Rounders, which went largely unnoticed upon release.

This point would require fairly in-depth analysis to be confirmed, but a final reason that we don’t seem to care as much about poker anymore may well be that we’re better able to gravitate toward exactly what we want than we were in the early 2000s. Streaming channels, custom cable packages, and apps have basically allowed us all to burrow into our own entertainment niches, which means there’s less chance of TV viewers idly surfing channels and landing on poker tournaments.